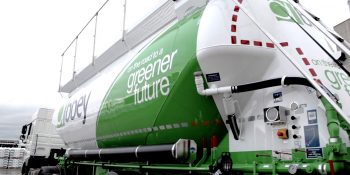 Abbey Logistics Group, the UK’s largest provider of bulk food transport services, has been selected by British Sugar to manage their prestigious bulk sugar movements across Great Britain on a long term deal. Sugar will be transported in bulk granulated sugar tanks and liquid tankers from four state-of-the-art processing plants in the UK, strategically located to reduce the mileage from farm to factory for processing.  British Sugar is the UK’s leading sugar producers supplying 1 million tonnes per year to the food industry and supermarkets. Abbey specialises in bulk food grade logistics, operating the UK’s largest fleet of... Read More 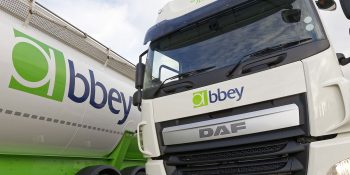 NorthEdge Capital has invested an undisclosed sum in support of a Management Buy-Out of road tanker company Abbey Logistics Group, led by CEO Steve Granite. The investment represents the fourth deal transacted by NorthEdge this year and is the second investment out of the recently raised £300m Fund II. The Liverpool-headquartered company was set up more than 25 years ago by the Lucy family, specialising initially in the liquid food ingredients transportation market, with more recent diversification into the bulk powder market, palletised transport and warehousing under the leadership of current CEO Steve Granite. Long-standing... Read More 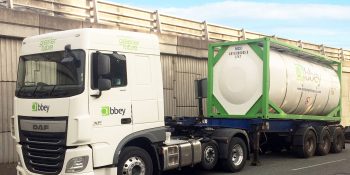 Abbey Logistics Group has continued its growth in Intermodal food transport by purchasing 10 more ISO tank containers from a Chinese manufacturer. The latest delivery of ISO tank containers adds to Abbey Logistics' existing fleet of bulk intermodal silos which transport foodstuffs from France to the UK. Since starting on its growth strategy in 2009, Abbey has expanded from £18m turnover to £45m according to its latest set of accounts to June 2015, some £5m ahead of its forecast turnover. Part of its growth has come as a result of growing its volumes with customers based in Continental Europe and the group has ambitious plans to... Read More 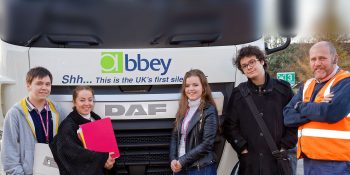 Merseyside-based Think Logistics with educational charity Career Ready each received a major industry honour at last night’s 31st Motor Transport Awards in London, picking up the Partnership Award for their efforts to bring more young people into the transport and logistics sector. Think Logistics, founded by Abbey Logistics MD Steve Granite, is an industry-led initiative to reach out to school children and tell them of the outstanding career opportunities the industry offers. Its partnership with Career Ready has the overriding objective to educate young people about road transport and logistics by developing direct and long-lasting... Read More 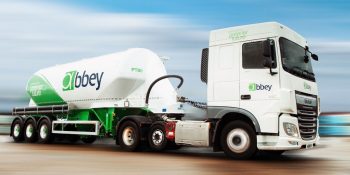 Abbey Logistics Group Limited is pleased to announce that it has been successful in attaining the ISO50001 Standard for Energy Management. A crucial standard for a liquid and powder road tanker company. The company decided to pursue the ISO50001 Energy Management Standard in order to comply with the Environment Agencies requirement to comply with the ESOS regulations (brought into force on 5th December 2015). Resisting the temptation to just have an ESOS assessment (as was the route for many companies) the decision to achieve the ISO50001 gave us the platform to not only comply with these regulations but also to identify and promote... Read More 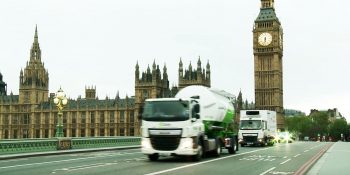 Abbey Logistics Group Limited have adopted best practice demonstrated by the Construction Industry by successfully attaining FORS Multi-Operating Centre Accreditation across the UK. FORS (Fleet Operator Recognition Scheme) is a voluntary scheme and is only awarded to hauliers demonstrating the highest levels of fleet management with emphasis on the safety of other road users, with additional emphasis on vulnerable road users. The FORS audit is an intensive test of how well run our fleet is in terms of safety, driver wellbeing, driver training, efficiency, environmental concern and many other aspects of quality of management. In... Read More 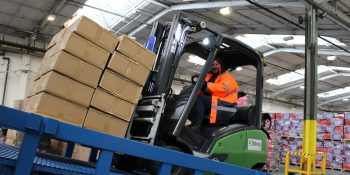 Abbey Logistics Group has become a member of the UK Warehousing Association (‘UKWA’) following a successful inspection of its Bromborough, Wirral warehousing facility. The warehouse now meets UKWA standards which includes a rigorous inspection by a UKWA Board member on eleven areas including the likes of Health & Safety, Buildings and perimeter inspection, Handling & Storage equipment and Environmental. It offers customers the confidence that they are dealing with an established and professional organisation who are operating to an accredited standard. Nick Highet, Warehouse Manager for Abbey said “We opened our warehouse... Read More 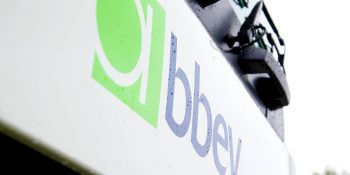 Abbey Logistics Group has agreed a £13.5m funding package with HSBC to ensure it has enough cash to develop its bulk road transport business to £70m turnover by 2020. The funding package includes a confidential invoicing financing facility, a cash loan and asset finance credit line. Since starting on its growth strategy in 2009, Abbey has expanded from £18m turnover to £45m according to its latest set of accounts to June 2015 due to be published next month, some £5m ahead of its forecast turnover. Due to the success in exceeding their expansion plan, Abbey decided to have a year of consolidation in 2015 which allowed them to focus... Read More 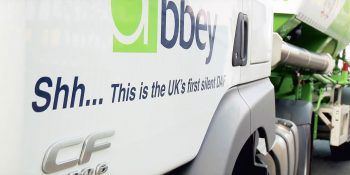 News: Abbey wins Quiet Logistics Award for its use of ‘silent’ DAF trucks

The Noise Abatement Society (NAS) is a dynamic UK charity whose remit is to raise awareness about noise pollution. Its internationally respected work helps to relieve the physical and mental distress caused by excessive noise which profoundly affects health, learning, productivity and social cohesion. The John Connell Awards are named after the NAS’ far-sighted founder John Connell OBE, who lobbied the Noise Abatement Act through Parliament in 1960 when noise became a statutory nuisance in the UK for the first time. These annual awards, known as the ‘Noise Oscars’, are now in their 14th year. They acknowledge the importance of the... Read More 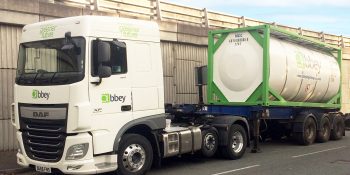 Abbey Logistics Group are delighted to report the commencement of multi modal movements from Europe to the UK with the introduction of food grade ISO tank containers. Dave Coulson, Commercial Director stated “This is a new and exciting venture for Abbey Logistics Group - which will provide a secure, environmentally friendly, flexible and cost effective solution for our bulk movements across European borders – as well as protecting our customers products from the ongoing threat of potential immigration intrusion. We have worked with our customers to ensure maximum security of their valuable loads whilst crossing European borders and... Read More