Professional Liverpool, the organisation which promotes professional excellence in the Liverpool City Region, has recognised the Abbey Logistics management buyout, which was supported by NorthEdge Capital, as its Corporate Finance Deal of the Year.

The award was handed over to the Merseyside-founded business at the Professional Liverpool annual Members Lunch at Liverpool Town Hall on Thursday 23rd November, which was attended by around 200 professionals.

NorthEdge Capital, which manages £540m of private equity funds aimed at lower mid-market buy-out and development capital transactions in the North of England and the Midlands, invested in the logistics firm as part of the transaction. Since the deal which was completed in 2016, Abbey Logistics has grown by over 50% to become a £70m turnover business.

Professional Liverpool’s Corporate Finance and Professional Services group is focused on promoting and securing local deals through local advisers, and this award recognises the private equity investment deal, which has allowed the Abbey Logistics management team to own a part of the business and provide the necessary support to grow and develop the business.

The annual members lunch took place in the grand setting of Liverpool Town Hall’s ballroom, where guests enjoyed a three-course meal and a speech from the Commander of the HMS Prince of Wales aircraft carrier, which will make Liverpool its base port.

Abbey Logistics was set up in Merseyside in 1990, and now employs more than 600 people across the UK.

Steve Granite, CEO of Abbey Logistics Group, who was at the Members Lunch to accept the award, said: “The original owners of the business were looking to exit the business, but we recognised that there were significant growth opportunities for the business, so private equity investment was the ideal route. We had complete confidence in NorthEdge to deliver this deal, and many benefits have already been achieved.

“The first 12 months since the investment has seen lots of positive changes within Abbey Logistics, and what we’ve achieved in that time is something that could usually take four or five years. It’s great that the hard work of both the Abbey Logistics and NorthEdge teams has been recognised by Professional Liverpool.”

Matt Noon, head of Professional Liverpool’s corporate finance group, said: “One of our main objectives is to promote the exceptional business activity that is taking place within the Liverpool City Region, and the Abbey Logistics deal, and the growth that has followed, is a fantastic example of this.

“The Professional Liverpool team are delighted to hand over our inaugural Corporate Finance Deal of the Year award to a homegrown company that continues to build upon its success and evidences the attractiveness of Liverpool businesses to private equity funders. Congratulations to all of the team at Abbey Logistics and NorthEdge Capital.”

Abbey Logistics Group is committed to eliminating discrimination and encouraging diversity amongst our workforce. Our aim is that our... Read More 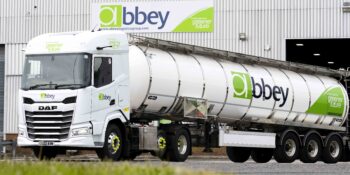